What does it really mean to live sustainably? Ishita Das comes with the inspiring idea of nature and some other easy examples that will help us to understand the most depth levels of sustainability. With the claim “Waste Not, Want Not” she brings the conviction that waste is not that bad, but the act of wasting is. Because “Waste is not waste, until it’s wasted.” This is a call out for us to make better decisions as well as for governments to change policies around waste management. Here, you will find the 5 R’s more alive than ever!

What does it mean to live sustainably? Is it restricted in the water we save or the plastic we refuse or the solar panels we install? The ideology lies deeper within these tasks. To be sustainable extends beyond just being Earth-friendly, it means to flourish within one’s resources– economic, social and environmental. This would mean that if let’s say, you had just one bowl of soup for dinner today, between your entire family– you’d divided it equally between everyone, so no one went to bed hungry. This is being sustainable. What if your little baby sister, dropped her share of soup on the floor? This waste then denies everyone else of a larger portion they could have had, and probably your mother would sacrifice her share all together to feed your sister– because that’s what you do when you love someone. This is being unsustainable but making it work anyway.

As humans on a finite planet, we are on the ‘making-it-work-anyway’ mode of living. While many of us are wasting away our resources on things we don’t even need to begin with, there are others who are struggling to make ends meet with the little they have. These resources include water, money, fossil fuels to name the most drastic few. Add to that the looming doom of climate change and we have a major cause for worry.

To understand waste better, we must make a few things clear and get them out of the way. It is our waste that fills up landfills, pollutes the oceans and releases toxins into the only habitable atmosphere in the universe we call home. But, the materials that we waste are not bad, it is the act of wasting that is the problem to be solved.

Waste is not waste, until it’s wasted.

You see, when Nature produces waste, it actually does not waste! The by-products produced by all of Nature and its miraculous processes are in fact, useful to some other organism in one way or another! There is no way this is not by design! And this, it does so quite effectively in several forms, like the thing you do in the washroom daily and often, or the countless leaves that clog the gutters or the oxygen you breathe (hashtag: photosynthesis!) – all these and more play an integral part in the cycle of life. This waste in some form or the other- is nourishment for something or someone else. Essentially, Nature’s waste is someone else’s fuel, oxygen being the most obvious example. Animal waste is an excellent fertilizer for plants! Even the fossil fuels that we so value so dearly are the by-products of the remains of the living organisms (read: dinosaurs) from millennials ago.

Us humans, on the other hand, waste so much, that it affects the delicate balancing act of Nature.

As the human race progresses, we’re producing large amounts of waste with nowhere to go (if you don’t believe it, check out China’s plastic ban). We may choose to look at it as “natural” order of things, although science may state differently. The waste we generate as a whole is harming the Earth in unstable proportions. From the chemicals that go up in smoke and through drains from factories, the carbon emissions generated from our transportation industries, to the daily plastic waste we create by our consumerist habits and our soap water that goes down the drain. This harmful waste is threatening our very existence and the existence of many other forms of life we hold so dearly.

A little change in mindset in the way we create and discard waste could go a long way in leaving behind a healthier planet for the generations to come.

Yes, we try to reduce, reuse, recycle and many of us even go a step further to refuse and rot, the problem still haunts our planet. The issue here is not as simple as just the way we throw our by-products- its embed in the way we feel about waste in the first place.

The difference between dirty and clean. As humanity matures into an evolved species we fudge the fine line between the two terms. A clean plate once used is now dirty- even though, there isn’t any visual evidence of a single crumb on said plate. The excretion we produce daily is dirty because its unpleasant in sight, smell and feel– granted it’s literally crap– but is it really just a by-product of the food our body didn’t need in the first place. The menstrual blood that comes out of women every month is the wasted mucosal tissue that the body had no use for.

All this is not to say that, it is hygienic to touch excreta and that filth floating in drains is acceptable.

But why are we (for the lack of a better word) afraid of a little dirt?

Waste disposal today is an unhealthy mindset. We dispose of whatever we don’t need without a second thought to how it is being discarded- or the repercussions it has to anyone else. With the industrial revolution making it too simple to mass manufacture everything– we are forgetting the real value of things that make our life “meaningful”. From expensive items like mobile phones to insignificant tools like spoons, we are unwilling to change our ways. One time use objects are aplenty, that demand a convenience tax on our planet- that someone needs to pay.

Of course, there are solutions, long term and short term: like the need for policies that demand an end to plastic manufacturing and the use of recyclable products to the more simple refusal personal interventions like refusing single-use plastic products by us. But we need more awareness and we need more empathy- both easier said than done. We also need to think about waste differently, not just as an afterthought but also before we indulge in its synthetic offerings. Especially, since there are also so many large-scale solutions available like biodegradable alternatives and recycling systems that break down existing plastic materials.

But for the most part, it’s up to every one of us. It is for us to decide what does waste really mean to us? And how we can reduce it? And who is affected by it. To remember with every choice we make, someone somewhere bears the brunt it– most likely an innocent sea animal.

Take responsibility for your waste. Not just our food waste, but more so for the way we use (or misuse) several other conveniences of the twenty-first century.

Whatever happened to the age-old wisdom of waste not want not. We have made wastage a habit. And a bad habit at that! Habits can change, we just need to decide to.

Is there any other lifestyle issue you know or are concerned about? Share your thoughts with us on the comments below! 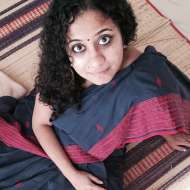 An artist, a designer, a writer, a film maker, a teacher, an over-thinker– Ishita doesn’t believe in being just one label. In fact, she dislikes labels altogether. She resonates with ideas that make her– her. The only label she answers to is human (and the best she can be at that!). Her core principle is to leave the world a better place than she found it and the only way to do that is to be one’s true self with courage and considerations for all life forms. Her motivation lies in speaking for those who can’t speak for themselves– human, nature and built-environment alike. Right now, her voice is fixated on spreading the ideas of Sustainability, De-growth and Love. Check her out at https://medium.com/@ishitadas

The guide to go plastic-free this July & all the year round!

THIS IS AN EMERGENCY! UK, the first country declaring “Climate Emergency”