If you thought a single person can’t make a difference, we’re here to prove you actually can. Here’s a selection of the most uplifting activism speeches of this century so far that stand right next to your basic human & environmental rights!

“How dare you?” – The words of a teenage girl that shook the world when she condemned world leaders for their disregard of the younger generations and kickstarted people to have conversations about the climate crisis that they might once have ignored.

But why was Greta Thunberg’s speech so captivating? Is it because her generation, Gen Z, are emerging as the sustainability generation? Or did she shock her elders into considering the future of our planet with her passion? Or perhaps, is she simply a great public speaker?

With activists making up just 3.01% of the world’s most popular speeches, Babbel wants to draw attention to the speeches made to change the world. And it’s not just Greta Thunberg the world is listening to when it comes to activism. Back in 2016, when Leonardo DiCaprio finally won his Oscar, he used his platform to shine a light on global warming. Unless you didn’t already know, he’s super into environmentalism.

Despite activism speeches making up such a small percentage of Babbel’s results, this certainly does not take away from the gravitas that they hold. These speeches lifted hearts in dark times, gave courage to the weary, drew attention to that which otherwise might be ignored and even changed the course of history. These masterfully constructed, passion-filled speeches potentially make impacts on millions, if not billions of people. The ranked findings are part of data analysis carried out by language experts to unearth the most popular speeches given by modern-day legends.

The top ten most popular activism speeches of the 21st century (so far), are:

Amanda Gorman, the US’ first Youth Poet Laureate, has featured at the top of the leaderboard of the 21st century’s most popular activism speeches. Gorman recited her poem, ‘The Hill We Climb’, at President Joe Biden’s Inauguration in January of this year.

Despite only delivering the speech mere months ago, Gorman’s powerful recital of her original poem ranks first on Babbel’s list of activism speeches. The Los Angeles-born poet and activist made history when she became the youngest person ever to perform at a presidential inauguration.

Gorman captured hearts and minds as she called the US public “diverse and beautiful”. Her poem poignantly celebrates that the US is not a “perfect union”. She notes that the metaphorical climb of the “hill” of justice that the country must take isn’t easy. Gorman acknowledges that it is a painful process but is one that must be done for a better future for all.

Second on the leaderboard is Swedish teenage activist, Greta Thunberg, who, in 2019, grabbed the world’s attention when she condemned world leaders for their disregard of younger generations and kickstarted people to have conversations about the climate crisis that they might have once ignored.

Thunberg stole the show when she took centre stage at the UN Climate Change COP24 Conference in New York. At the time of her speech, Thunberg was only 16 years old, but she’s gone on to champion various environmental issues, as well as heading her very own climate organisation, Fridays for Future. Here are some original posters in the year of Greta.

In this 2017 speech, Megan Phelps-Roper describes what it was like to grow up in America’s most controversial church: Westboro Baptist Church. The church, which has appeared in numerous television programmes and documentaries, is known for its homophobic, transphobic and hate speech pickets.

In the speech, she shares her experiences of extreme polarisation. She shares her personal experience of finding solace from Twitter in particular. She shares ways in which others who might be facing the same challenges she once was can engage in conversations with ‘outsiders’ to widen their understanding of the wider world and potentially leave the version of reality they are in.

Justin Baldoni might have won our hearts as Rafael on Jane the Virgin, but in 2018 he did it again with his TEDtalk ‘Why I’m done trying to be ‘man enough’’. In his speech, Baldoni tells the audience how he wants to start a dialogue with men about redefining their masculinity, breaking down the toxic masculinity norms that riddle society.

Boys will be boys: a phrase once used all the time, is now slowly but surely becoming less of an appropriate justification to how boys, and men, behave. In his personal and endearing talk, Baldoni shares his efforts to escape the boundaries of who the world tells him he should be as a man and, in doing so, aids in breaking down centuries-old norms for a future where men can express their emotions without stigma.

Emma Watson offers a lot more than just being top of her class at Hogwarts. Back in 2014, Watson co-hosted a special event for the UN’s HeForShe campaign. In her speech as a UN Women Goodwill Ambassador, Watson expresses her concern about the need for gender equality and how we must change long-held stereotypes.

Watson cleverly creates a strong emotional connection to her audience and calls on everyone in the fight for equality – not just those affected by inequality. She shows that if gender equality is ever to be achieved, then we as a collective society must break down the harmful and destructive stereotypes of masculinity and the behavioural expectations of boys and men. This is a topic which still resonates seven years later, showing this change certainly isn’t something that will happen overnight.

Malala Yousafzai, who became famous for her childhood activism against the Tehrik-e-Taliban Pakistan’s restrictions on education for girls, and when she survived a gunshot to the head in 2012 and survived, also features in our list. Malala’s speech at the United Nation’s Youth Assembly in 2013 captivated listeners across the globe when she made her first public statement since the attack.

Since then, Malala has gone on to become a household name in her fight for girls and women’s rights across the globe. She also holds the title of the world’s youngest Nobel Peace Prize laureate.

7. Baratunde Thurston ‘How to deconstruct racism, one headline at a time’ (2019)

A phenomenon we have seen play out for centuries, but even more so on social media, is that of white Americans calling law enforcement on Black Americans who have committed ‘crimes’. These ‘crimes’ often being eating, walking, or as Baratunde Thurston puts it in his TEDtalk, “living while Black”.

One of the most infamous examples of this is ‘Central Park Karen’: who went viral for calling the police on an innocent Black man, resulting in her being fired from her job. Thurston explores this phenomenon in a thought-provoking way and uses humour to share the power of language and how this can change these situations into an experience of healing for those affected, rather than an upsetting one. He also challenges others to level up in the fight against racism.

8. Stacey Abrams ‘3 questions to aks yourself about everything you do’ (2018)

Stacey Abrams made history in 2018 when she became the first Black woman in the history of the USA to be nominated by a major party for governor, becoming the Georgia House Democratic Leader.

Her TEDtalk from the same year explores how you should respond to setbacks in life and how these will ultimately define your character. She shares her own life lessons, in particular the ones she learned from her campaign in the lead up to earning her place as governor for Georgia. She tells the audience that to achieve your desired outcome, whatever you do in life, you must “be aggressive about your ambition”.

Abrams’ electrifying speech undoubtedly leaves her audience, and those who view to this day, with a sense of urgency and inspiration to achieve everything they set out to – even that which they might perceive to be their wildest of dreams.

The BLM protests that happened in 2020 following the murder of George Floyd by US law enforcement caused outrage in every corner of the globe and many celebrities used their platform and voice to share their experiences and outrage with their audiences.

John Boyega is best known for his role as Finn in Star Wars, but last year he became one of the voices championing the BLM movement, thanks to his powerful speech at Hyde Park. Boyega expressed his outrage at the institutional and outright racism that goes on within society. His speech resonated with millions, showing that some of the best speeches truly are unscripted.

Gina Martin is a British political activist and author. Last year, Martin took to the stage to tell her experience of assault and how she took that experience to create a petition which ultimately changed the law.

Back in 2017, a man placed a phone between Martin’s legs, took inappropriate images and proceeded to share these images with his peers. Martin tells the audience how angered she was by a lack of response from authorities, so she took to social media to share her experience and petition.

Martin’s petition ultimately led to her becoming a leading figure in the fight against sexual misconduct and assault that led to successfully adding upskirting to the Sexual Offences Act 2003. 5 tips for empowering your community to conquer waste management Does art have a future in a progressive climate? 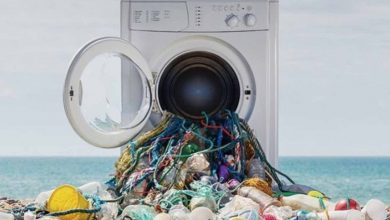