How did the social entrepreneurial movement start? With the bank for the poor. Prof. Yunus is a social entrepreneur, banker, economist, and civil society leader who was awarded the Nobel Peace Prize for founding the Grameen Bank and pioneering the concepts of microcredit and microfinance. We share this very interesting story, from the root problems Yunus found out, how he figured out a sustainable business model and also why 90% of the beneficiaries had to be women.

Mohammed Yunus is considered the founding father of social entrepreneurship. Originally from Bangladesh, he saw his country being one of the poorest on Earth and he knew that the way to raise a whole country out of poverty was creating a middle class.

He illustrated how traditional banking systems were designed to exclude a large mass of people (and indeed the largest one) to gain access to a much-needed credit, that was going to give them at least a chance to have access to self-employment and have access to the very basics (food, shelter, education, health…). Basically, what Yunus realised was that without the access to credits they were condemning them to a lifetime of poverty.

A middle class can only be created through entrepreneurship, and he figured out the way to stimulate entrepreneurship in his own country. He created a system to provide women (and only women!) with microloans, becoming not just the father of social entrepreneurship but also the founder of the micro-loaning system.

How the microloans system began with Yunus

Yunus back then an economics university professor, decided to visit one of the poorest households in the village. It was Sufiya Begum who guided Yunus through the problems she encountered. Like many others in her village, she relied on the local moneylender for the cash she needed to buy the bamboo for the stools she crafted. But he would only give her the money (around $27 USD) if she agreed to sell him all she produced, and at a price, he would decide which was ridiculously low. It was a desperate situation in which all the people at the village were trapped, and from which the main result was poverty although the long days of hard work.

They could not borrow money from conventional bankers since they had no credit histories and no collateral to offer, and could not even fill out the necessary paperwork because they were illiterate. Yunus lent US$27 from his own pocket to 42 women in the village, who made a profit of BDT 0.50 (US$0.02) each on the loan. He recovered it within a week.

After this short experiment and the record of loans for these families, traditional banks still not willing to consider poor people as potential customers.

But Yunus believed that, given the chance, the poor will repay the money and hence microcredit was a viable business model. A dedicated bank had to be set up.

Grameen, the bank for the poor

Grameen Bank, founded in 1976, has both pioneered the development of micro-finance and created nearly 30 businesses designed to alleviate poverty.

Easily explained, the system of micro-loaning was built so women could borrow between $5 to 10 USD to start up their business. Generally, those businesses were viable income-generating activities, with some processing such as grocery, fruits and veggies, arts and crafts, rice-husking, machine repairing, purchasing rickshaws, buying milk cows, goats, lime-making, manufacturing such as pottery, weaving, and garment sewing, storage and marketing and transport services.

More than 94% of Grameen loans have gone to women. Why? Mohammed found that they were more responsible, and that was security that he would get the money back. For example, women in Bangladesh were staying at home instead of going to the bar and spending the money on alcohol. On the other hand, women were the ones who suffered disproportionately from poverty, and simultaneously he knew that women would make it work because they cared too much about their families and would devote their earnings to them.

Women were initially given equal access to the schemes and proved not only reliable borrowers but astute entrepreneurs. And eventually, the women entrepreneurs who accessed those microloans eventually hired people, and so all Bangladesh raised! Altogether, women have boosted their status, lessened their dependency on their husbands and improved their homes and the nutritional standards of their children.

Today over 90% of borrowers are women and 68% of the families of Grameen Bank borrowers have crossed the poverty line. The motivation towards repayment is high, with rates currently running at 98.4 percent.

Grameen Bank’s business model reinvented the rules of the gam, and challenged the belief that loans cannot be granted without collateral and that ‘entrepreneurship’ is a rare quality among the poor.

The success of the Grameen microfinance model inspired similar efforts in about 100 developing countries and even in developed countries including the United States. And for the reasons already mentioned, many microcredit projects retain Grameen’s emphasis of lending to women.

It’s also worth mentioning that the Grameen bank is a very transparent entity, and shares data on a periodical basis. Here’s a 5 years’ report with all the data of the microloans.

If you want to learn how the Grameen Bank started and the full story told by the very Mohammed Yunus make sure you watch this video:

Loans to poor people without any financial security had appeared to be an impossible idea. Muhammad Yunus has shown himself to be a leader who has managed to translate visions into practical action for the benefit of millions of people, not only in Bangladesh, but also in many other countries.

For this reason, in 2006, Yunus and the Grameen Bank were jointly awarded the Nobel Peace Prize “for their efforts through microcredit to create economic and social development from below”. The Norwegian Nobel Committee said that “lasting peace cannot be achieved unless large population groups find ways in which to break out of poverty” and that “across cultures and civilisations, Yunus and Grameen Bank have shown that even the poorest of the poor can work to bring about their own development”. “the real issue is creating a level playing field for everybody, giving every human being a fair chance.”

Micro-credit has proved to be an important liberating force in societies where women in particular have to struggle against repressive social and economic conditions. Economic growth and political democracy can not achieve their full potential unless the female half of humanity participates on an equal footing with the male.

Learn about other business models for social enterprises and ethical brands, as well as the 4 identifiers to recognise them! 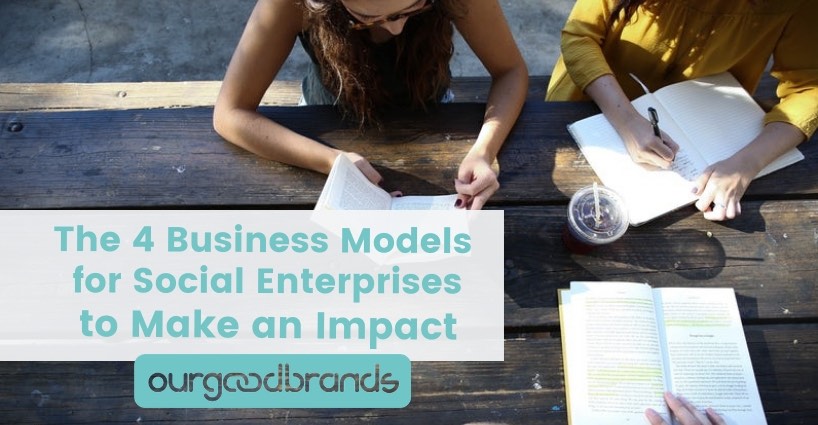 This startup is turning plastic trash into construction materials How the One for One model started, with shoes The Circular Economy – How it Works and Its Benefits