Today we want to give the spotlight to real food sustainability heroes – small food producers. They disregard the fact that sustainable production is more difficult and more costly than production based on unsustainable methods. Their core values are built into their production techniques, so they make sure to use organic crops, no pesticides, no antibiotics, use water responsibly, they pay their workers’ fair wages among an extended list of sustainable practices. Discover the rise of green initiatives in the food sector and be part of the wave of consumers choosing small food producers!!

How Did We Come to Where We Are?

If we take a look at the path of agricultural progress through history, we may notice it resembles a roller-coaster ride.

First, it was the dawn of humankind, with small groups of people scattered here and there, mostly collecting plants and occasionally feasting on an animal. Then someone thought of staying put close to a river, using it to cultivate crops, which turned out to be a great way to feed more people. And so the population started growing.

In the following centuries, people populated the entire world and agriculture was the dominant industry. However, it moved at such a slow pace, and people worked so hard in the fields to produce an inadequate amount of food, that it became obvious something had to change. The current state of production was in decline and not answering the needs of the continually growing population.

It was time for the Agricultural Revolution. It started in the 18th century and soon triggered the Industrial Revolution, which was the time of great technological inventions that boosted production in all spheres. The emergence of steam, railways and factories enabled mass production, which seemed like the solution everyone’s been waiting for. It seemed like the peak of the roller-coaster ride.

But from an environmental perspective, it all started going downhill from there. Factories, steamboats and railways may have enabled mass production and shipping products to all parts of the planet, which boosted production and trade, but it also gave rise to pollution. That is the reason we are currently faced with a dubious future, in terms of the state of our planet, the food we eat, the water we drink, and the air we breathe, not to mention the future of animals and plants that we destroy daily in our production processes.

The Rise of Green Initiatives in the Food Sector

As soon as it became obvious that factories polluted the air, there appeared the first environmental groups. However, their voices were weak and individual. Sustainability initiatives became strong and organized not earlier than the 20th century, which was the time of the first chemical pesticides in agriculture, first mass deforestation around the globe, the time of huge water pollution and lake depletion crisis in many regions, etc.

Today we have big, recognized organizations working to save the planet around the clock. But in this article, we want to give the spotlight to real food sustainability heroes – small food producers. They disregard the fact that sustainable production is more difficult and more costly than production based on unsustainable methods. Their core values are built into their production methods, so they make sure to use organic crops, no pesticides, no antibiotics, they let their chickens roam freely outside, use water responsibly, they pay their workers’ fair wages, etc. Among them, there are many small meat and dairy farms, cocoa farms, seafood producers, organic honey manufacturers, artisan dark chocolate producers, etc.

Small, Local Food Production As Part of the Solution

Today’s environmentally-conscious consumer is largely the result of sustainability initiatives’ activities. They push governmental organizations to enforce stricter and more responsible laws regarding food production and food labelling, and they constantly build strategies for better informing consumers about the state of things in the food department.

An eco-aware consumer is a powerful “tool” in driving food manufacturers’ plans and production processes. There are many studies and statistics that point to the fact that more and more buyers opt for organic, GMO-free, sustainably produced products. For example, Statista’s stats show that 86% of millennials and 89% of people with dependent children look for clean labels on food to make better-informed decisions about their purchase. That’s why many companies choose to invest more in green practices and certifications that prove their products are environmentally-friendly.

One of the best ways for an average person, a consumer, to join in the efforts for sustainable resources is to support their local, sustainable food producers. Local producers can more easily employ sustainable practices: optimum use of resources, avoiding the use of pesticides, responsible water use, preserving animal and plant habitats, cultivating local crop varieties and seasonal foods, using short energy supply chains, etc. Since small producers don’t need to produce huge amounts of food, they can avoid most of the practices that are harmful to the planet.

The following infographic on ecolabels nicely sums up the problems we are facing today with mass, unsustainable food production. It also calls to action by suggesting we support our local food manufacturers. Hopefully, you’ll rethink your purchasing decisions after reading this article. 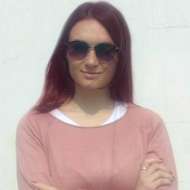 Donna Thompson is part of Foodpackaginglabels’s creative team dedicated to creating useful and engaging content which focuses on green living. We are a group of eco-friendly enthusiasts trying to raise awareness about environmental topics.