In order to meet the 1.5°C global warming target in the Paris Agreement, global carbon emissions should reach net zero around mid-century. Here’s what countries can do to meet the net-zero emissions goals.

We all know that global warming is only being driven by the emission of heat-trapping gases into our atmosphere. We also know that limiting global warming to an upper limit of 2 degrees Celsius above pre-industrial levels is essential to avoid catastrophic impacts on our livelihoods and environment.

Currently the global temperature stands at 1.1 degrees Celsius above pre-industrial levels and we are already reaching several climatic tipping points such as rising sea levels, mass coral bleaching, melting permafrost and longer heatwaves. Climatic tipping points are thresholds where changes in the state of the system – global warming – leads to a change in the physical system, ecosystem or both.

The consensus is therefore that restricting global temperature increase to 1.5 degrees Celsius is the safest option to minimise disruption from climate change on both natural ecosystems and human civilisations. To prevent global temperatures from increasing above 1.5 degrees Celsius, studies have shown that we must reach zero-net emission by 2050. But what does net-zero emission mean? And how are we going to get there? Here are 5 things you need to know about net-zero emissions.

What Does Net-Zero Emissions Mean?

Net-zero emissions are achieved when all anthropogenic greenhouse gases (GHGs) are removed from the atmosphere through reduction measures known as carbon removal. To do so often requires both transitioning to a low-carbon economy and using carbon removal techniques such as creating more carbon sinks and direct air capture. The concept of net-zero emissions is similar to climate neutrality.

Net-Zero Emissions Refers to All GHGs

Net-zero emissions refer to all GHGs.

Many countries have clear carbon dioxide reduction goals, but they often do not mention strategies to address other harmful gases such as methane, nitrous oxide and hydrofluorocarbons. Although short-lived compared to carbon dioxide, these gases are extremely potent. Methane, for example, has a global warming potential 84 times greater than carbon dioxide in the first two decades of its release into the atmosphere. Excluding these other GHGs from net-zero emission targets will seriously handicap our efforts to limit the global temperature increase to 1.5 degrees Celsius.

How is Net-Zero Emissions Achieved?

Achieving net-zero emissions will require a considerable change in behaviour, technology and policy. Part of this process will be to transition to a low-carbon economy. This can be achieved in many ways from government legislation to consumer choice.

The good news is that we are doing well in our efforts to create the technology needed to decarbonise the economy. Solar and wind power are the cheapest energy option for more than 60% of the global population, which helps wider efforts in minimising our dependencies on high-carbon alternatives. Although it is a cost-efficient option, it is still underutilised in many regions and sectors.

However, to achieve net-zero emissions, investments into carbon removal technologies must also be made. Developing these capabilities is essential in order to offset emissions by sectors, such as the aviation industry, that will struggle to achieve net-zero. There are two major approaches to removing carbon from the atmosphere; land-based and technological.

Encouraging reforestation efforts will increase carbon capture. Forests are known to be essential carbon sinks as they are highly effective in capturing and storing carbon dioxide. Currently, more than 50% of the world’s carbon sinks are in areas with newly emerging forests – where trees are under 140 years old. It is their young age that drives such high rates of carbon uptake.

Direct Air Capture – is a process of chemically scrubbing carbon dioxide directly from the atmosphere and stores it either underground or at the source. The difference between this method and the method of direct air capture and storage is that the latter is only able to remove carbon dioxide directly at the source. At the moment, scrub 1 gigaton of carbon dioxide from the air could require nearly 10% of today’s total energy consumption. In 2019, around 33 gigatons of carbon dioxide were emitted. More investments need to be made to allow for research and development to make this technology more efficient so that it can be brought to scale.

Carbon Mineralisation – some minerals react with carbon dioxide to form a carbonised mineral. Naturally, this process occurs over hundreds or thousands of years. These carbon minerals can be used in the development of mineralisation-based building materials.

The Paris Agreement has a long-term goal of getting countries to commit to reducing anthropogenic emissions by the second half of this century coupled with the ultimate goal of keeping global warming well below 2 degrees Celsius. However, with the devastating impact of COVID-19, there are concerns that the climate agenda will take a backseat for the foreseeable future. These are legitimate concerns as we have already seen the Brazilian and U.S governments calling for environmental deregulation citing COVID-19 concerns.

These are difficult times and there is still a long road ahead in dealing with the global social and economic impact of the pandemic. But we cannot forget global warming, the silent killer. In efforts to combat both the impact of COVID-19 and global warming, several governments have extended rescue packages with environmental requirements attached to airlines that have been one of the worst-hit by the pandemic. Air France accepted a bailout that will require the airline to cut overall carbon dioxide emissions per passenger per kilometre by 2030 compared to 2005 levels. The reduction in carbon dioxide emission for domestic flights is even more demanding.

The European Green deal is another, arguably more ambitious, climate change initiative that aims to transform the 27-country bloc into the world’s first climate-neutral continent by 2050. Leaders acknowledge that the pandemic has meant that initial plans need to be revised but stressed it has not changed their ultimate goal. In fact, tougher emission targets for 2030 are being proposed to reduce emissions by 50-55% compared to the initial 40% against 1990 levels. Revised initiatives will also include a greater focus on reducing methane emission and creating sector-specific legislation for the financial, chemical and construction sectors by the end of this year.

Countries That Have Achieved Net-Zero Emission

More countries are adopting net-zero emission targets in the realisation that drastic changes need to be made in order to prevent global temperatures from rising above 1.5 degrees. Bhutan and Suriname are already carbon negative. In fact, Bhutan removes three times as much carbon as it produces.

Other countries that have committed to a net-zero agenda are Singapore, Hungary, Iceland and Slovenia. With the exception of Singapore, these countries have not made it clear if their net-zero targets cover all GHGs.

While more countries are developing action plans towards becoming net-zero, there are some notable absentees such as the United States and Australia. The United States makes up 15.11% of the global GDP. Despite the absence of a federal directive, states such as California, Hawaii and New York have committed themselves to net-zero goals. Net-zero goals have also been made at the city level in Seattle, San Francisco, Boston, Washington DC, Austin and Los Angeles. I recently graduated from the University of Bath with an MSc in Sustainability and Management. I am passionate about sustainability issues and wanted to learn about the processes businesses take when making decisions on sustainability agendas from an environmental, social and corporate governance perspective. Aside from sustainability, I also love food, travelling, horse riding and activities that lets me engage with my creative side! A charitable search engine that donates 95% of its profits Eco-Friendly struggles – Not everything is black or white 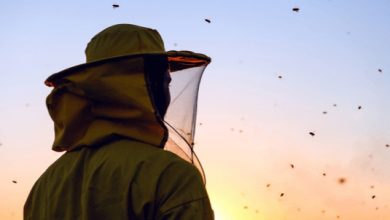