With many countries struggling to cut their emissions and the current state of climate emergency, this is how our cities can inspire change. We share the initiatives of 5 leading cities reducing their carbon footprint.

Today, cities occupy 3% of the Earth’s land but account for two-thirds of the world’s energy demand and 70% of CO2 emissions. The large carbon footprint of cities also impacts air quality, raising growing concerns about the health and well-being of citizens. In fact, 91% of the world’s population currently lives in places where air quality levels exceed the World Health Organization’s limits. In other words, the impact of cities is enormous.

However, many countries and cities are working towards lower emissions and being environmentally friendly. These eco-conscious cities have put in measures and policies that have helped them achieve their goals. They have reduced pollutants being released into the environment. The benefits of lower emissions are very many, and this is how these five cities are working towards it.

Copenhagen has prioritized sustainability and environmental awareness. It has become public policy and a way of life for the inhabitants. Copenhagen is considered a green city globally and is working towards becoming the first carbon-neutral city by 2025. Here are some of their green initiatives of this Denmark’s city to reduce its carbon footprint:

London is one of the most sustainable cities in the world, as they’ve come up with different strategies to ensure they lower their emission levels. Here’s what this English city to reduce its carbon footprint:

San Diego’s city council approved the Climate Action Plan in 2015, which has helped the city be recognized as one of the most sustainable cities in the US. Here’s how San Diego’s city reduces its carbon footprint:

Vancouver is renowned worldwide for green living: it’s one of the clean cities in the world and the cleanest in Canada. That is why in the whole of North America, they have registered the lowest greenhouse gas emissions. So how is Vancouver’s city reducing its carbon footprint?

Stockholm is one of the most populated cities in Sweden. They have effective and clear measures for reducing pollution. Since 1995 the greenhouse gas emissions have been reduced by 25%, and they are still working on ways to get the numbers further down. Here’s how Stockholm’s city reduces its carbon footprint:

How can countries achieve Net-Zero Emissions

These five cities are working tirelessly to reduce emissions and create a more sustainable living environment. Their efforts are widely recognized and applauded by many organizations and people around the world. The green cities are setting an example for all urban living areas across the globe. Their active approach to being environmentally friendly involves inhabitants; that is why it works best. 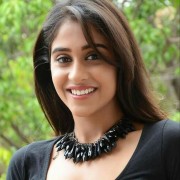 Regina Thomas is a Southern California native who spends her time as a freelance writer and loves cooking at home when she can find the time. Regina loves reading, music, hanging with her friends and family along with her Golden Retriever, Sadie. She loves adventure and living every day to the fullest. How to maintain the eco-impact of the Coronavirus